book directly and save

PLEASE CHECK THE AVAILABILITY IN THE CALENDAR 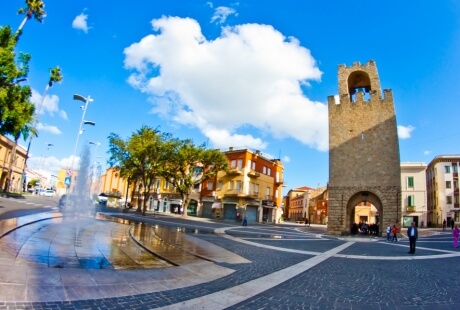 The town, which was the glorious capital of the Giudicato d'Arborea and the last bulwark against the Aragonese conquest of Sardinia, has only been recognised chief town of the homonymous province in 1974. Oristano was founded in the XI century by the inhabitants of the ancient town of Tharros, which was the most important Sardinian centre of the Punic civilisation.

Oristano stands on the west coast of the island, near the mouth of Tirso river, not far from the sea, surrounded by fertile fields and flourishing cultivation.

This town is rich in history as it is testified by the lively historical centre; by the stately Tower of S. Cristoforo known as the Tower of Mariano II; by the XVI century palace where, the tradition says, lived the famous queen Eleonora D'Arborea. Of the same importance are: the Santa Chiara church, which preserves precious wooden handmade and very interesting paintings in its inside; the San Francesco church which conserves a wonderful wooden carving of the crucified Christ, known as the Crucifix by Nicodemus, which goes back to the XIV century.

Interesting and admirable finds are those belonging to the Neolithic, Nuragic, Punic and Roman Ages, which are found in the Antiquarium Arborense Museum where there is also an Art Gallery.  Oristano stands in a propitious geographical position, so that it can offer products of different civilisations: that of the shepherds, that of the peasants and that oh the lagoons.  Thus, this town reserves to the guest a rich gastronomy made of exquisite fish dishes and tasty meat. Moreover it offers the most notorious wine which matches very well with desserts. 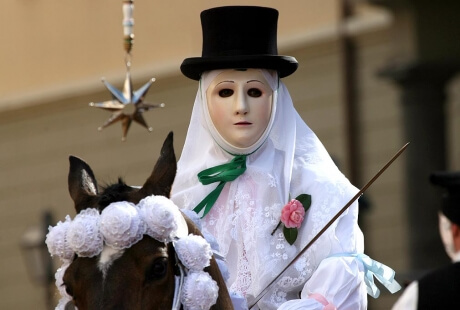 Among the many occasions of meeting the local craftsmanship and folklore, the most significant one is the Carnival with the famous horse-race called Sa Sartiglia, which mingles magic pre-Christian elements with chivalrous ones, as well as a strong faith.

It is worth staying in Oristano not only because of the beautiful beaches nearby, but also for the many cultural and naturalistic hikes one can make in the area. 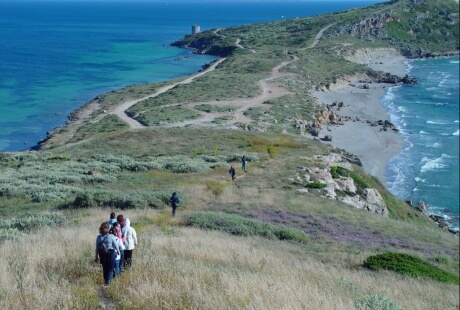 The Sinis peninsula presents a territory of great naturalistic valence (Cabras watertight), at the end of which are situated the Roman-Punic ruins of ancient town of Tharros.
It is also worth visiting the cathedral of Santa Giusta, the Roman thermal bath of Fordongianus, the Nuraghe Losa and the holy well of Santa Cristina. 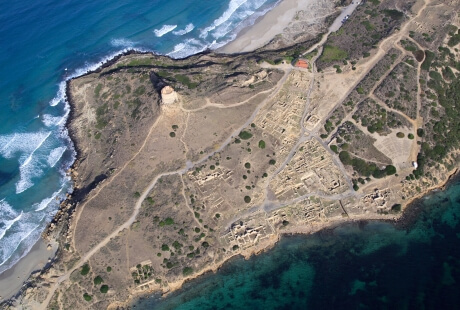 The ancient town of Tharros stands at the extreme end of the Sinis Peninsula. It was founded by the Phoenician about the 800 BC. Within the discontinuous walls there are necropolis, temples, the "thopet", ruins of thermal baths, dwellings full of mosaics and many tracts of the ancient road system. 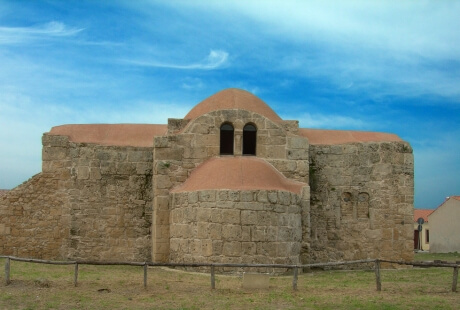 The church of S. Giovanni of Sinis presents a great artistic interest because of the evocative wide-low curves of its coverings. It goes back to the second half of the VI century. 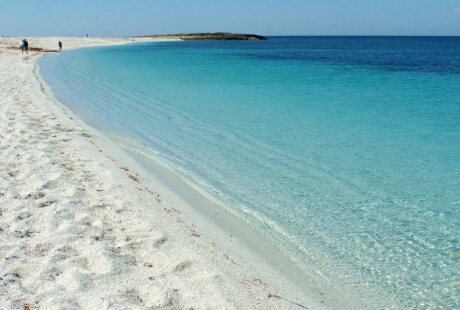 It is a wonderful sandy-shore made of sparkling white quarts granules; nearby there are just as beautiful beaches of Maimoni and Mari Ermi. 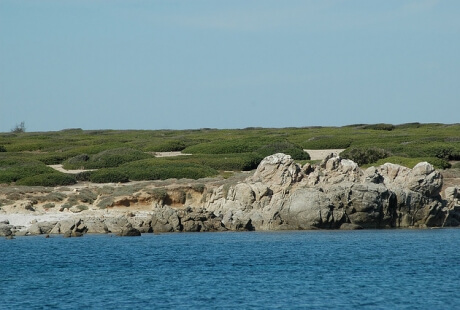 This small island which can be reached either by a private boat or by a long passenger boat from the Oristano Bay, represents an uncontaminated naturalistic area where prevail a lonely fascination and an indescribable emerald green water. 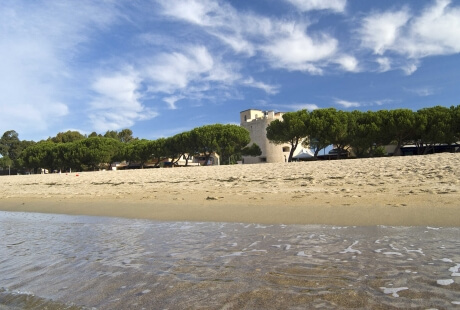 Long and wide beach, belongs to the most inner part of the Gulf of Oristano; important attractions are the coastal big tower and the tourist port.

The Torre Grande beach features shallow water and sandy seabed, perfect for children. On the promenade, there are kiosks, bars, restaurants and bathing establishments, where it is possible to rent pedalos, beach umbrellas, sunbeds and water sports equipment. 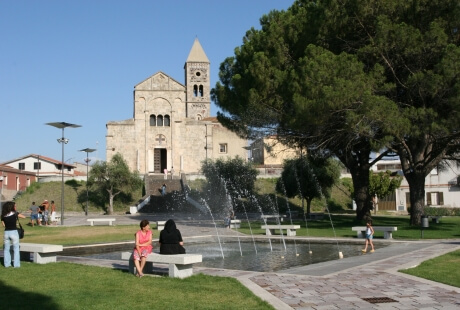 This is one of the most beautiful churches of the Romanesque-Pisan period, which goes back to the XII century 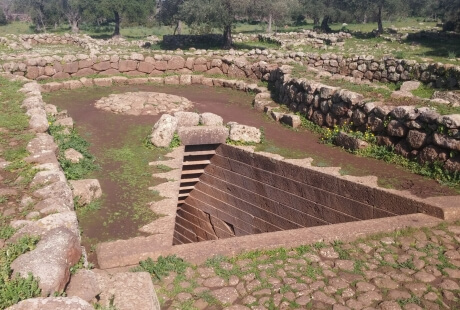 The Nuragic group of Santa Cristina is one of the most evocative and complete of the island. The archaeological area is composed by a Nuragic sanctuary, the ruins of a Nuragic tower and a village of huts. 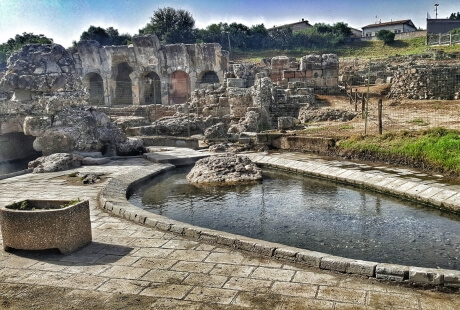 The Thermal Baths of Fordongianus

The thermal baths represent the jewel of the roman town of Fordongianus.

Even today, the rectangular pool collects the salt and solphurous water of theteperature of 54° C., coming from the thermal springs.